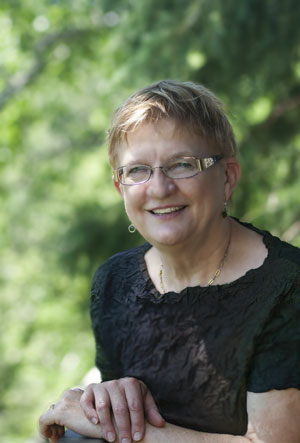 Lois West Duffy is a writer who, with her husband, Joe Duffy, divides her time between Afton, Minnesota, and Phoenix, Arizona. A former journalist who worked for a small daily newspaper and The Associated Press, she served as press secretary to U.S. Senator David Durenberger, became communications director for Chuck Colson’s nonprofit organization, Prison Fellowship, then community relations director for Ecolab Inc., a Fortune 500 company, and vice president of the Ecolab Foundation. She retired from Ecolab in 2003 and now focuses on her writing career.

Lois always loved stories and learning about the people behind those stories. She and her late husband, Gordon West, created their own memorable stories with a family of three sons and four foster sons, and a broken-down residential hotel they struggled to rehabilitate. When, like Zillah’s father, Gordy died too early, Lois sought a new path.

A graduate of Waldorf College and Mankato State University, she attained her Master’s Degree in Public Administration from the Kennedy School at Harvard University. She is currently completing the M.F.A. program in Creative Writing at Hamline University in St. Paul, Minnesota.

She served on the board of directors of the Loft Literary Center in Minneapolis, the Minnesota Humanities Center, the Rochester Art Center, and the Minnesota Pollution Control Agency. She chaired the Minnesota State Arts Board and the St. Paul RiverCenter Authority. Her work has been published in the National Library Journal, Farm Journal, Today’s Christian Woman, the Saint Paul Pioneer Press, the Minneapolis Star Tribune, and the literary journal, Talking Stick. Two of her poems will appear in the anthology When Last on the Mountain: Essays, Stories and Poems from Writers over Fifty, to be published by Holy Cow! Press in 2010.